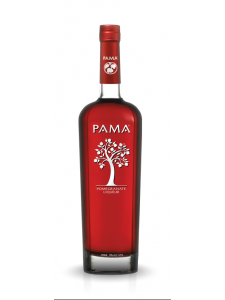 PAMA is marketed as "the world's first true pomegranate liqueur. "[1] According to PAMA Spirits Co. , it is made from "the juice of California pomegranates, premium vodka, and a touch of imported tequila".

The liqueur is red in color and has a flavor that is both sweet and tart. It is 17 percent alcohol by volume.

PAMA is promoted as a mixable liqueur, suitable for martinis, mojitos, mimosas, cosmopolitans, margaritas, and other similar cocktails.

PAMA received a four-star rating in the June 1, 2006 issue of Spirit Journal.