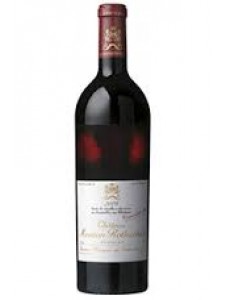 The 2009 Mouton Rothschild has a striking label from Anish Kapoor. The wine is a blend of 88% Cabernet Sauvignon and 12% Merlot that begs comparison as a young wine with what the 1982 tasted like in 1985 or, I suspect, what the 1959 may have tasted like in 1962. Representing 50% of their production, the wine has an inky purple color to the rim and not terribly high alcohol for a 2009 (13. 2%), but that is reflected by the high percentage of Cabernet Sauvignon. It has a remarkable nose of lead pencil shavings, violets, creme de cassis and subtle barrique smells. It is stunningly opulent, fat, and super-concentrated, but the luxurious fruit tends to conceal some rather formidable tannins in the finish. This is an amazing wine that will be slightly more drinkable at an earlier age than I thought from barrel, but capable of lasting 50 or more years. Kudos to the Baroness Philippine de Rothschild and the entire Mouton team, lead by Monsieur Dalhuin.
This is pure, unadulterated Cabernet, with a gorgeously creamy mouthfeel to the beam of cassis that’s backed by extra layers of cherry eau de vie, red licorice and raspberry ganache. Obviously dense but amazingly supple, with terrific length supported by a classic, iron-fueled spine. This has power if it needs it, but it’s all about length. Cabernet Sauvignon and Merlot.