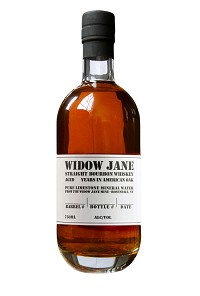 Made with Pure Limestone Mineral Water from the Widow Jane Mine, Rosendale New York. Widow Jane Whiskey is imbued with both the strength of the past and the forward looking energy of the world’s most magnificent and maddening metropolis. New York’s most iconic structures were built using the limestone from this mine, the Empire State Building, the Brooklyn Bridge, and the Statue of Liberty. As great whiskey makers throughout the world from Kentucky to Scotland have long known, it takes sweet water from tough rock to make great whiskey. And, that’s what Widow Jane Whiskey is all about. Producer To build a great city, you start with the toughest foundation known. New York City did just that with the natural cement made from limestone found only in Rosendale, NY. The greatest structures in New York from the gargantuan caissons that allowed the Brooklyn Bridge to soar, to the Statue of Liberty’s 27,000 ton pedestal, to the Empire State Building itself are all held fast and strong by that Rosendale stone. In 1970, the last Rosendale limestone mine closed down. Its owner, A. J. Snyder, was as tough as the material he quarried and was known as a cruel boss and an even crueler husband. On the other hand his wife Jane was a beacon in the Rosendale community and beloved by all for her kindness and pure spirit. Hence when Snyder passed, the Rosendale Limestone Mine became known to all as the Widow Jane Mine. It turns out that tough stone not only can hold a city together, but its unique properties are essential for the creation of great whiskey. The fact that Kentucky is the epicenter of American whiskey production is due to the special properties of its limestone filtered water and the minerals it contains. Well, Rosendale Limestone possesses an even higher ratio of beneficial minerals than that found in Kentucky and its sparkling waters are as pure as its namesake, the Widow Jane. The owner of Widow Jane Distilling grew up enjoying the pure waters of the Widow Jane Mine. He now uses these unique waters to distill his artisan spirits in Red Hook, Brooklyn. Widow Jane Whiskey is a true New York City whiskey, evocative of both the rock that created the foundation for this city of skyscrapers and the forward looking, DIY spirit that has made Brooklyn the center of a new artisinal food and beverage movement.