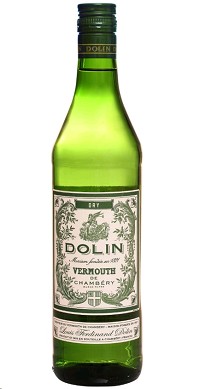 Dolin Dry is distinguished by its light, fresh and clean profile, which comes from a delicate wine base and more than thirty Alpine herbs. Its fresh and elegant nose, subtle and complex palate is the profile that made the 1:1 gin/dry vermouth Martini famous, and so often imitated by others. Beyond mixed drinks, it is an ideal aperitif or accompaniment to raw shellfish, goat cheese or pesto. In cooking, Dolin Dry adds depth and an herbal character that normal white wine cannot. From its start in 1821, Dolin Vermouth de Chambery has been the benchmark for fine French Vermouth. Dolin continues to make the authentic product according to the principles which earned Chambery France’s only A. O. for vermouth back in 1932. Dolin has also long produced the legendary alpine liqueur Genepy from local herbs. The particular quality of Vermouth de Chambery and Genepy was first identified in 1821 by Joseph Chavasse, whose son-in-law Ferdinand Dolin inherited the recipe and the now eponymous company. Wine maker notes Vermouth is a fortified, aromatized wine; the ingredients are wine, herbs and plants, grape spirit and sugar. The practice of aromatizing wine dates back to the Ancient Greeks. This was formerly done to mask poor wine, or as later to add extra complexity to something already good. It also proved to be an effective form of early, homeopathic medicine. Right up until the 20th century, doctors regularly prescribed Vermouths and aromatized liqueurs for all manner of illness, and many people continue to take a glass per day for medicinal reasons. The process chez Dolin begins with purchase of base wine, always white, light in alcohol (10% by volume), and as neutral as possible, both on the nose and palate. To this is added a selection of herbs and plants, which are left to macerate several months. The exact recipes are a closely guarded secret, but there are up to 54 different plants used, most notably wormwood, but also hyssop, camomile, genepi, chincona bark and rose petals. The aromatized wine is then lightly sugared, to less than 30 g/l for the Dry and 130 g/l for the Blanc and Rouge. The color of the Rouge does not come from red base wine, which is unsuitable for elegant Vermouth, and instead comes from the particular plants used, and from sweetening with dark, caramelized sugar. Finally, the Vermouths are fortified - up to 16° for the sweeter styles, and 17. 5° for the Dry. Chamberyzette is made with the addition of a juice of wild strawberries from the Alps and fortified to 16° alcohol.
Other text Dolin produces their Vermouth in Chambery itself. Once the capital of the Duchy of Savoy, this bustling mountain town is now the commercial center of the French Alps. In addition to the Vermouth, Dolin is as well known today for their Genepi liqueur (made from a famed botanical of the Grand Chartreuse range) which is a longstanding tradition of the alpine resorts of the region.
Recipe The 50/50 Martini Stir with ice: 1. 5 oz Hayman’s London Dry Gin 1. 5 oz Dolin Dry Vermouth de Chambery 2 dashes orange bitters. Strain into a coupe. Garnish with a lemon peel and an olive.