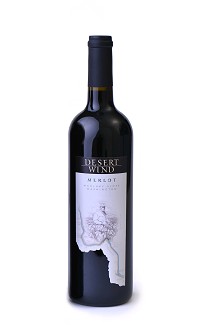 Producer In an era of significant corporate ownership in the Northwest wine industry, our wineries and vineyards remain a close-knit family operation run by two generations of a Northwest farming family. Originally from California’s Central Valley, lifelong farmers Doug and Jo Ann Fries (pronounced “Frees”) moved their young family to the Northwest in the early 1980s. In 1984, they purchased property along the banks of the Willamette River in Dundee, Oregon, where they planted a 500-acre hazelnut orchard. As devoted wine aficionados, they also planted a small 13-acre vineyard with the hope of producing a few hundred cases of their own wine. On Memorial Day Weekend of 1993, the family opened the doors to their first winery venture, Duck Pond Cellars, in Dundee, Oregon. The tasting room was run by Doug and Jo Ann’s daughter Lisa; son Greg took over winemaking after earning his enology degree from UC Davis in 1994. Over the past two decades, the family has grown the brand into one of the leading producers of Oregon Pinot Noir and Pinot Gris. The Fries family has always been passionate about full-bodied red wines such as Cabernet Sauvignon, Merlot and Syrah. This love prompted their 1992 acquisition of a 540-acre parcel of land on Eastern Washington’s Wahluke Slope, an area particularly suited to growing hot-climate varietals. The family dubbed the site Desert Wind Vineyard and spent three years planting Chardonnay, Cabernet Sauvignon, Merlot, Syrah and a handful of other varieties. In 2001, they launched the Desert Wind brand to showcase their handcrafted wines from these vineyard sites. The Desert Wind facility in Prosser, Washington, is a destination unto itself. Perched on a bluff overlooking the Yakima River, its Southwest-inspired exterior houses a tasting room, event space, restaurant area and four overnight guest rooms. Ever the hard workers, family members were very involved throughout the entire process of designing and building the facility. Today the family remains active in all winery operations. Although they say they are semi-retired, Doug and Jo Ann oversee much of the vineyard operations, often putting in long hours during the growing season. Son Greg is president of the company and oversees the winemaking team, cellar crew and vineyard workers. His wife Amber serves as director of communications, handling print and interactive media as well as the company’s extensive charitable giving program. Vice President Lisa (Fries) Jenkins manages day-to-day winery operations. Her husband Scott is vice president of sales, spending much of his time on the road representing the family’s wines. Erin Fries handles purchasing and merchandising for the retail shop/tasting rooms