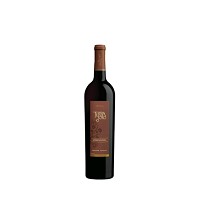 Wine maker notes At Terra d’Oro, all our zinfandel vineyards are carefully handpicked and brought to the winery for processing. After being put into a hopper, which breaks open some of the berries, about fifteen gallons of juice per ton of grapes is removed. This process called saignée (from French, meaning "to bleed”) increases the solid to juice ratio during fermentation. The grapes are then destemmed and crushed and the must (a mixture of crushed and whole berries, grape juice, skins, and seeds) is sent to tanks where it is left to cold soak for up to three days. This allows a primary extraction where water acts as a solvent and breaks down the cell walls of the grape solids extracting flavors, color, and aromas. This is less powerful than the alcohol extraction that occurs after inoculating the tanks with yeast but the resulting flavors from each extraction are unique and add complexity to the finished wine. The fermentors are drained and returned thrice, resulting in more extraction than merely pumping over the tanks. After gentle tank pressing the wine was aged in a combination of Hungarian, French and American oak for thirteen months.
Producer Some say you can taste the history of a place in a glass of wine. Perhaps that’s why the wines of Montevina are brimming with such intense flavors and bold character. Spanish for “mountain vine,” Montevina brings a different altitude-and attitude-to its winemaking. Crafted at our Terra d’Oro Winery, Montevina wines reflect the soul of the Sierra Foothills. The first winery to be established following the end of Prohibition, the wines of Montevina resurrected Amador County’s legendary wine industry. Since then, we’ve been known for crafting deeply flavored, robust wines that capture the unique character of this remarkable region. We got our start in the Sierra foothills back in 1970, picking up where Prohibition left off. Our first wines were released in 1973, and Montevina quickly became known for robust, full-bodied red wines-especially Zinfandel and Barbera-which revived interest in the historic Amador wine region. Today Montevina owns and manages 400 acres of estate vineyards, including several notable, old-vine vineyards. Our state-of-the art winery is spectacular, and features a spacious, friendly tasting room and a beautiful vineyard-ringed patio where you can relax with a glass of wine. There’s nothing quite like escaping to Amador wine country-we hope you’ll come and visit us soon at Montevina.