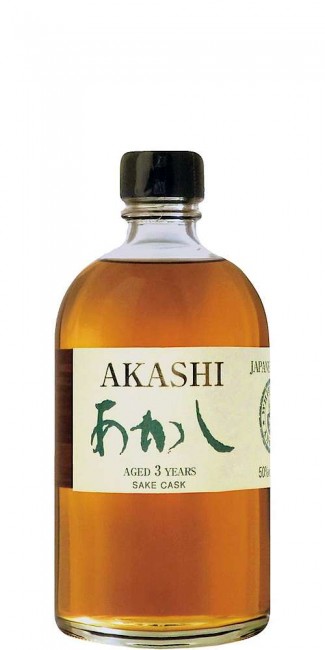 A wonderful, and rather interesting, Japanese single malt from Eigashima’s White Oak range. This whisky has been aged in Japanese white oak for three years, but here’s the twist: the casks had previously held sake, giving the spirit a beautiful sweet and fruity profile. This whisky is, as far as we know, the first commercially released single malt to ever be aged in a former sake cask. This maturation is all the more rare given that sake is not typically aged in oak for a particularly long time. The likelihood is that that Akashi have produced a sake expressly for the purpose of seasoning casks for their whisky. But how does it taste? Initially sweet and cereal-driven, with notes of fragrant rice, malt, and milky porridge, which give way to oakier flavours of walnut, vanilla, tannic tea, orange rind, dried fruit, some tropical fruit and crisp green apples. There is also the faint suggestion of peat, green wood and some toasted coconut. A rather spectacular whisky, especially given its short maturation time. This dram is bottled at 50% ABV, and only 2,400 bottles were produced.