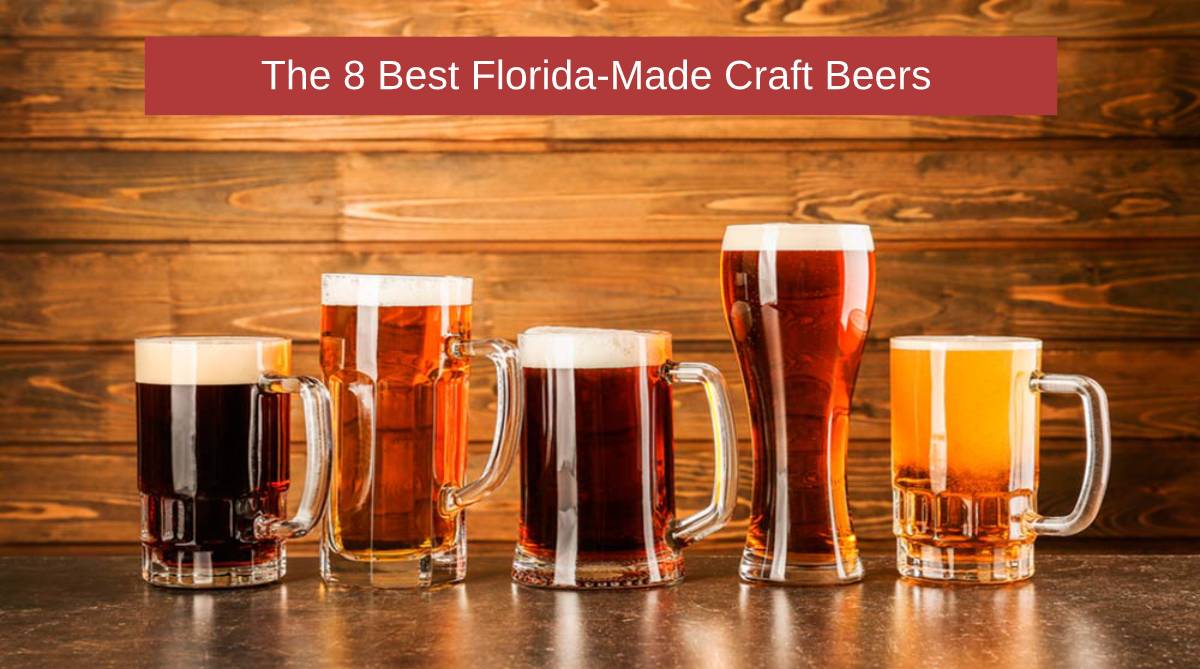 Whether you live in Florida or you’re planning to visit sometime in the near future, if you love craft beer, you’re in luck. Florida is home to some of the most popular craft beers currently on the market, and many of these drinks have found their way outside the state line and into stores around the country, too. If you’re looking for some of the most popular craft beers from Florida to try this summer—or any time—be sure to check out our list of recommendations below. You’ll find something you’ll love among the beers listed here.

This drink is designed to taste like a diner breakfast, and it accomplishes this perfectly. The male comes through in the aroma as well as on the front of the taste, and the creamy mouthfeel and layering of flavor wins over many customers again and again. The savory bacon flavor comes on the finish and continues to surprise and delight those who try it for the first time or reach for it again after not having it for a little while, too.

This is bourbon barrel aged ale that has a decidedly smoky Scotch flavor on every note. It has a higher alcohol content than many other similar beers, and many customers report it tasting like it contains more alcohol than it does, too. The beer is sweet and features little carbonation, making it nice for those who aren’t as interested in the tanginess of the bubbles.

This is one of the most popular and highest-rated Florida-made craft beers. This American IPA continues to be highly sought after and is on the menu at many local restaurants as well. The copper-colored drink offers a citrus and fruity aroma with the citrus notes carrying throughout the rest of the drinking experience. There is a slight touch of caramel flavor on the finish that helps round out the overall taste of this beer and make it one that continues to draw crowds again and again.

Of the many high-quality and often-recommended Cigar City Brewing beers, Florida Cracker is not one of the most prominent on many lists. However, for those who are interested in Belgian-style witbier or who just like the taste of a cream ale now and then, it’s the perfect solution that’s sure to help cool off on a hot summer’s day. This straw-colored beer provides the traditional orange and coriander flavor associated with most Belgians and adds a little bit more vanilla than its competitors. It also includes a slight citrus finish that helps create the perfect taste throughout.

Once again, Cigar City Brewing brings one of the most popular Florida-based craft beers to the table. This beer is a solid American Imperial Stout that includes ancho chiles, cacao nibs, and vanilla beans in the aging process. It’s also aged in barrels that were once used for both rum and apple brandy, so there are many unique and intriguing flavors going on throughout this beer. It has a sweeter aroma than the actual flavor, but the taste combines spicy, sweet, and savory perfectly throughout every sip of this popular beer. The peppery flavor may be a little weak to some customers, however.

Although this beer is not available year-round, it remains one of the more popular Funky Buddha offerings, particularly during the autumn months. This beer is an American Imperial Porter that is aged in bourbon barrels to give it a smoky sweetness that’s sure to please. It is a take on the brewery’s maple bacon coffee porter, but the flavors are considerably different enough to warrant it getting its own place on the list. This is a salty and smoky beer that doesn’t have as much of the sweetness of its predecessor, but does delight those who try it just as much.

This beer may not be quite as popular as some of the others listed here, but it’s nevertheless worth mentioning. Anyone who enjoys a good cream ale is sure to like the light citrus flavor and vanilla undertones of this beer. It features a doughy, bread-like flavor as one of the main attractions. This is a crisp drink that doesn’t feel too heavy and is perfect for a hot Florida night in the summertime. It is highly carbonated, however, so those who aren’t a fan of extra bubbles in their beer may want to sit this one out.

Available year round, this unique American pale wheat ale offers a taste of Florida at its finest. This beer may not appeal to those who are more interested in heady, hearty beer flavors, but it’s a great option for anybody looking to sip something cool, refreshing, and decidedly Florida in nature. The beer is slightly pink thanks to the addition of hibiscus as one of the ingredients, and the smell is sweet and fruity as well. Despite the light sweetness, it still contains a bread-like flavor and a little bit of grainy nuttiness throughout each sip.

With so many high-quality craft beers to choose from, you’ll never want to miss out on trying them all during your next trip to Florida. You may even want to take some time to tour the local breweries and sample some of the local favorites this way, too. If you’re going to be in Florida for a long while, or if you live in the area, you might want to plan a pub crawl or some other event in which you can try some of the most popular local brews on tap during the season. Just remember that these drinks do change seasonally even though it’s always warm in Florida, so go in prepared to try brews based on the time of year when you’ll be visiting.