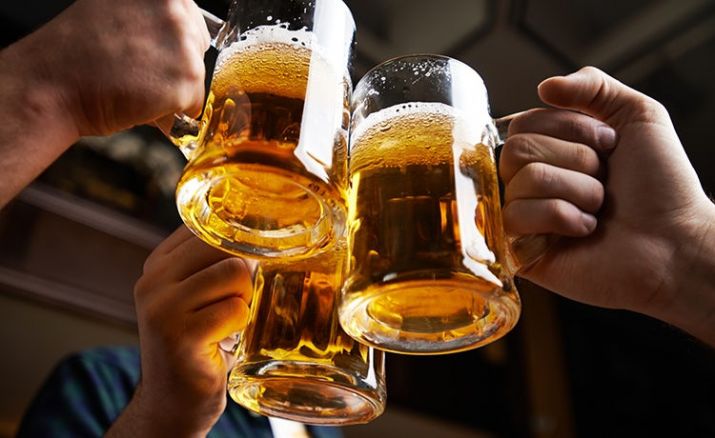 Are you a big fan of beer? Do you like to grab a can of whatever’s nearby to help you relax after a long day or during a big game? Or do you prefer craft beer that comes from small local breweries and is designed to offer a specific flavor profile, usually with some type of unique twist? No matter which way you like to enjoy your beer, you may be surprised to find that you have fallen for some of the most common misconceptions about this drink. Even the most diehard beer fans sometimes end up believing things that are simply not true about beer, but don’t worry. In this article, we’ll show you a few of these myths and mistakes and help you learn a little bit more about your favorite beverage, too.

Cold beer and frosty mugs are the best way to enjoy your drink.

This is not true, although if you like your beer this way there’s not really a reason to stop. However, if you really want to taste the flavor profile and experience the aromas that go along with your beer, having it a little warmer than this is by far the better option. Experts say that 44 degrees Fahrenheit is the target temperature for most beers, and that this will allow your taste buds to fully experience the flavor no matter what kind of beer you’re drinking. So don’t keep your beer in the fridge right before you’re going to drink it, and don’t chill your mug—at least if you’re concerned about having the full experience with your next brew. (As a side note, however, you should store beer in the refrigerator long-term. Let it warm up a little before drinking.)

You should drink beer out of the bottle or can.

Sure, you can drink beer out of a can or bottle, and if you’re having a drink at the beach or during a tailgating party, this is probably fine. However, once again, if you’re trying to truly experience your beer rather than just knocking it back, you may want to pour it into a glass. Doing this will allow you to have better access to the smells associated with the beer in question, and this will make it easier to taste all the flavors and complexities going on under the surface, too. (But remember not to chill that glass before pouring your beer into it!)

Beer is going to have froth on top.

Many newcomers to beer falsely believe that it is all frothy. Some beers are designed to be extra-frothy, but many are not, and this really all has to do with the tap that is used for pouring it and the method by which it’s poured, too. If you don’t like froth, that doesn’t mean you don’t like beer; look around for an option that isn’t as frothy as some of its cousins, and you’re sure to soon find something you’ll want to enjoy again and again.

Beer in a can isn’t as good as beer in a bottle.

This is also not true, and it’s unfortunately a little bit of an elitist beer-drinking mindset. In the past, aluminum cans were prone to causing beer to taste a little off. However, these days, cans are made a little differently, and therefore they don’t give off that metallic taste that old beers used to have. Because of this, it’s not only efficient to package beer in cans, but it’s also sometimes the best option. Having beer in a can makes it easier to change the temperature of your beer more quickly, too, so if you’re looking for something you can either cool or warm in a pinch, go the way of the aluminum can instead of the glass bottle. Remember, too, that if you’re a fan of craft beers, you’re almost always going to be buying your beer of preference in a can, since this is the trend when it comes to craft beer breweries.

The darker the beer, the heavier the flavor.

Sometimes this one is true, but not always. In fact, with craft beer’s popularity on the rise, lighter stouts and brown ales are growing in number, too. These beers are created with unique and in-depth flavor profiles that do not always end up tasting heavier than other types of beers. Don’t be afraid to experiment a little and find a darker beer that has a flavor you love. If you’ve never tried a darker beer before but want to sample one, you might want to consider a milk stout, as it tends to bridge the gap between light and heavy beers in a way that is accessible to many newcomers.

For a long time, it’s been widely (and wrongly) believed that since wine is more complex, it’s somehow better or “classier” than beer. However, beers are changing dramatically, and craft beer is making sure that they continue to change, grow, and update in ways the industry never would have previously considered. Beer can have all sorts of different flavors and even textures, and it may vary widely depending on where it comes from, what it’s made of, and how it’s brewed. In the end, it’s no less complex than wine, and thanks to craft beers, these complexities are beginning to become the norm. For anyone who has ever wanted to be a beer aficionado instead of a wine fan, now is the time to get started learning about and sampling unique and interesting beers.

Did you learn something new about beer? There are many different misconceptions out there, and some people may go years thinking these are true when they really aren’t. If you were previously believing one or more of these, though, don’t let it bother you. In the end, as long as you’re enjoying your beer—and drinking it responsibly—there’s nothin wrong with liking it the way you like it!