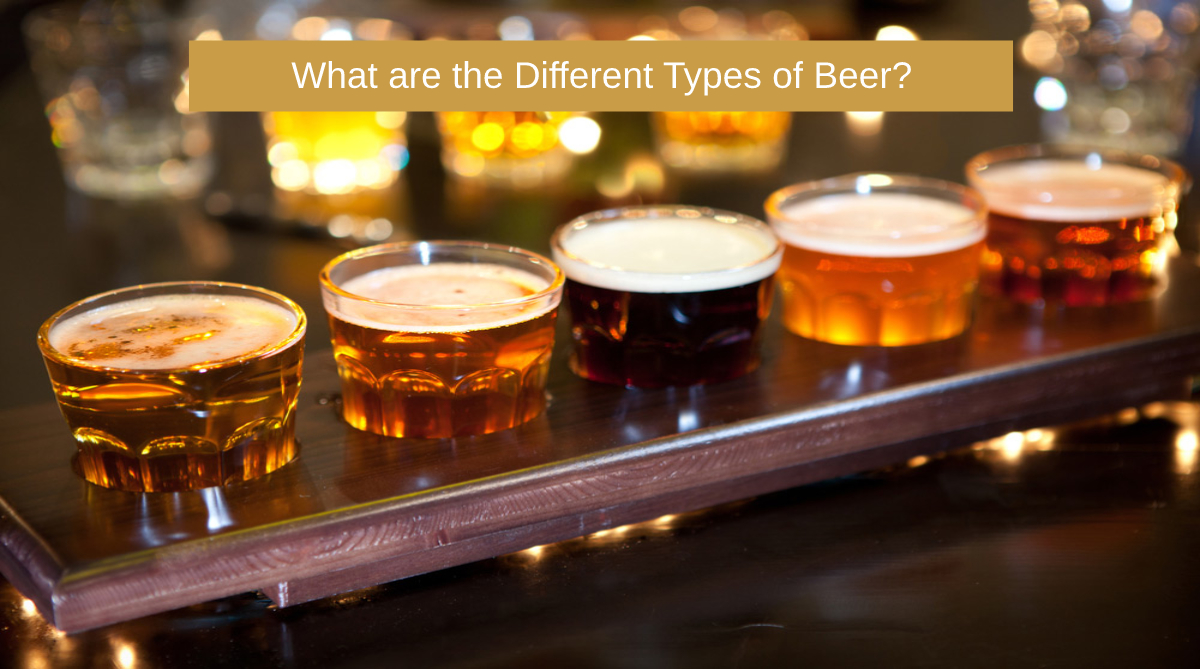 There may not be a lot of similarities between beer and wine, but one of their shared characteristics is their division into different categories. If you have always thought there’s only one kind of beer out there, you may not be familiar with all the nuances of beer types and styles that are actually available to those who want to try them. And if you’ve never tried more than one style of beer before, you’re in luck.

In this article, we’ll teach you everything you need to know about how to choose the perfect beer to appeal to your tastes. We’ll break up the information into styles and types, and from there, you should be ready to order just about anything you might want to try the next time you go out to a bar or a restaurant that serves a variety.

• India Pale Ale (IPA) – This is one of the most popular and most common beers you’re likely to find on menus. This type of beer is packed with hops and pairs well with spicy food, much like traditional pale ale.

• Amber – This kind of beer has a full body and tastes a bit like caramel. It pairs nicely with just about any food and tends to be a popular all-around choice.

• Brown – A darker take on amber ale, this type of beer is usually chocolate and caramel in flavor with a little bit of nutty or malt flavor as an aftertaste. It may sometimes have a citrus aroma, but not always.

• Red – This type of beer may not actually look red, but it will often taste a lot like caramel and have a heavy, heady flavor. It has a lot of hops.

• Pilsner – This type of beer has a strong hop flavor and is very bitter in comparison to many others listed here, mostly because it’s made with hard water. Pilsners are crisp but very dry and may not always appeal to new beer drinkers, although they remain one of the most common beer varieties available.

• Honey – Unsurprisingly, this type of beer is a little on the sweet side with a caramel sticky sort of flavor. It tends to be copper in color and have a creamy note throughout the drink as well.

• Wheat – This is a light and crispy type of beer that sometimes tastes like citrus or coriander, but not always. It tends to look hazy in the glass and contains a little bit of spice, usually on the finish.

• Cream – A variation of golden ale, cream ale is just what it sounds like: creamy. This is a mild beer with a sweet taste, and it’s popular with new beer drinkers as well as those looking for something crisp and refreshing on a hot summer day.

• Golden – Golden ale has a lot of vanilla and citrus flavor throughout. Although it may sometimes have a spicy note, it doesn’t always. This is another refreshing beer variety that pairs well with many types of foods.

• Malt – Malt beers are great for those looking for something sweeter in their beer experience. This type of beer usually has a strong caramel or toffee flavor with hints of nuts and maybe even chocolate on the finish. The beer tends to have a large head but may not be very full of hop flavor, depending on the individual style within this category. This beer is usually a golden brown color, but again, the color and appearance can change depending on the individual type of beer in question. Blonde and brown beers can sometimes be malts.

• Ale – Ale is one of the most popular types of beer currently available, and is very popular in the craft beer world. This kind of beer is refreshing and easy to drink on its own while also being simple to pair with a variety of different types of food. It tends to have a lot of hops or hop flavor and a golden copper color, although some can be lighter or darker depending on the style. These beers are often a little spicy, and some can be quite dry. Many have fruit hints or are fully fruit-flavored.

• Lager – Most of the time, when people think of beer in a can, they think of lager. Although this may be a little bit of an incorrect notion, especially surrounded by craft beers of all types and varieties, lagers remain one of the most well-known beers on the market. This type of beer is crisp and meant to be a refreshing drink, and it often has plenty of head with a big hop flavor on the finish as well. Lagers may not be crafted with as much attention to detail as some other varieties of beer, depending on the individual drink.

• Stout – Often recommended for drinking when it’s cold outside, stouts are thick, rich, heavy beers that are very popular among those looking for a hearty flavor. This type of beer is very dark in color and often has a thick head, although not always. These beers often have a strong character and flavor palate with a lot of uniqueness between different types of stouts. Many include flavors of chocolate and vanilla to help round out the taste profile of the beverage. If you’re looking for something new and exciting to try, give stouts a chance.

Now that you know a little more about beer, it’s time to pick the one that sounds the most interesting and give it a try. Don’t be afraid to sample many different styles and types of beer, too, to find the ones you like best. Not everyone likes every type of beer, so it’s a good idea to understand the versions that appeal to your taste buds the most. If all else fails, don’t forget to try a flight from your local bar or gastropub! A flight will give you a chance to try four or more beers in one go, without having to commit to just one until you’re sure you’ve found what you like.